A resource-efficient technology for the production of fuel aerosols has been developed at Tomsk Polytechnic University. The development can be used to quickly ignite the boilers of thermal power plants and boiler houses, in the combustion chambers of diesel generators, as well as in internal combustion engines of cars. TPU technology will contribute to the cost-effective use of fuels and the reduction of the level of pollution of the environment. On the Day of Power Engineer celebrated on 22 December in Russia, scientists from the Heat Mass Transfer Simulation Laboratory of the TPU School of Energy & Power Engineering told about their development. 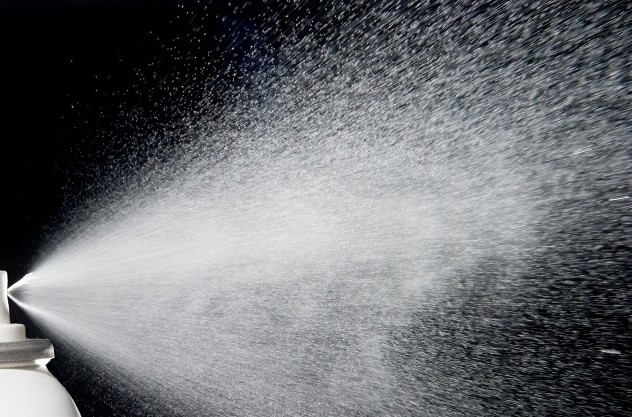 According to the scientists, one of the main problems of power engineering is the search for the conditions for efficient ignition of the fuel, which is an important stage of the vast majority of heat and power processes.

‘Before stoking up a boiler furnace with fuel, it must be heated up to high temperatures. Usually, for this purpose, pre-combustion fuels such as heating oil, diesel fuel and so on are burned,’ explains the supervisor of the research team Pavel Strizhak.

The proposed technology helps to reduce efforts and save resources in the process of fuel ignition.

The scientists obtain aerosols utilizing technological and waste waters containing 3-10% organic impurities (gasoline, kerosene, oil, turbine, transformer, compressor oil, etc.). These impurities do not interfere and they even contribute to grinding and better burning of fuel.

‘We propose to grind injected fuel directly in the combustion chamber. It is achieved through the effects of explosive boiling and dispersal of droplets,’ continues Pavel Strizhak.

The dispersion process is a fine grinding of liquids or solids to obtain finely dispersed suspensions, emulsions, and powders. TPU scientists obtain water emulsions (a mixture of substances in which one component consists of the smallest particles insoluble in the other) and suspensions (a mixture of substances in which a solid is distributed in the form of the smallest particles in a liquid substance in a suspended state).

‘The implementation of the effects is possible when adding a small amount of water (1-3%) to the fuel composition. Moreover, the breakup of droplets occurs at relatively low temperatures 150-300 ° C,’ explains Pavel Strizhak.

Practically, emulsions and suspensions are injected into the combustion chamber. When heated, explosive vaporization occurs due to a pressure drop at the boundary of heterogeneous fuel components: two liquids in the emulsion, and liquids and particles in suspensions. In both cases, the original drop is pulverized into a number of even smaller ones.

‘As a result, we get easily flammable aerosols,’ summarized Pavel Strizhak.

‘As our experiments show, the evaporation surface area can be increased by more than 15 times. It means that aerosol will heat up, evaporate and ignite 3-4 times faster than in fuel delivery systems widely used today. That is, it is possible substantially reduce the cost and speed up the ignition process.’

Such aerosols can be utilized not only in production facilities but also in the internal combustion engines of cars.

‘Due to the rapid ignition, the combustion chamber will heat up faster, therefore, less full will be spent. Besides, the addition of water to the fuel contributes to the reduction of the environmental pollution,’ notes the scientist. Big automobile corporations are very interested in this technology. For example, our colleagues in France, Germany, and Italy are conducting such experiments with diesel fuel commissioned by BMV.’

According to him, totally, three scientific groups are working on this technology in the world: they are German scientists, a collaboration of Spanish, British and French scientists, and the scientists of Tomsk Polytechnic University.

‘Overseas scientists are working on one kind of fuel. For instance, in Germany emulsion based on diesel fuel and water are used. We can work with sewage and liquid waste, and this expands the range of opportunities and practical applications of our work,’

Currently, TPU scientists are creating an experimental database which will contain the main parameters of the processing of heating, evaporation, dispersion, and ignition of fuel droplets of various compositions under a wide range of external and internal conditions. In the future, based on this database the scientists will create predictive mathematical models that will accelerate the introduction of the TPU development in our lives.