The student of the School of Energy & Power Engineering Dmitri Antonov has won the Yuri Maslyukov Fellowship, a former Vice Prime Minister of the Russian Federation. These individual fellowships are paid monthly additionally to the main ones for full-time students of the universities which train specialists for organizations of the defense industry. Annually, only five fellowships are allocated to all universities of the country. 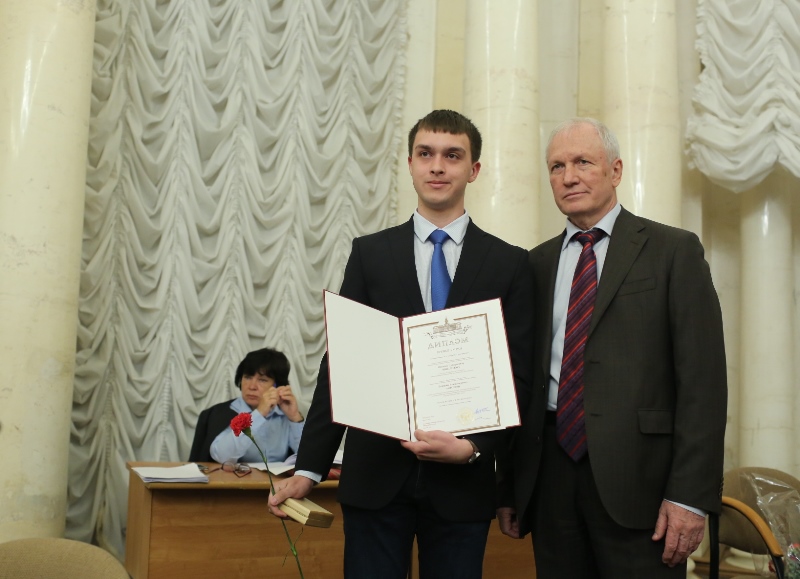 Photo: Dmitri Antonov receives RAS medal which he has been awarded this year too.

Dmitri Antonov conducts experimental and theoretical research of macroscopic regularities of the evaporation of water droplets in high temperature gases.

‘Thermal treatment technologies are expected to use in desalination plants for the defense industrial complex.’

This year Dmitri was also awarded with a medal of the Russian Academy of Sciences for a cycle of his scientific papers. Totally, in 2017 five students and young scientists of TPU have received RAS medals that ensured the first place among Russian universities to TPU.

All information regarding various fellowship programs is available at the TPU Center of Scientific Career (tel.: 606-247, 25 office, 4th building).