The European Center for Nuclear Research (CERN) delivered a diamond sample to Tomsk Polytechnic University. This diamond serves the basis for detectors that capture collisions of elementary particles at the Large Hadron Collider (LHC). According to scientists, these diamonds are unique and created specifically for CERN in single copies. Until January, TPU scientists will study the sample for its further modernization. Then a new diamond detector will be sent to CERN for one year operation. If study results are successful, then it will be possible to improve the performance of other diamond detectors at CERN. 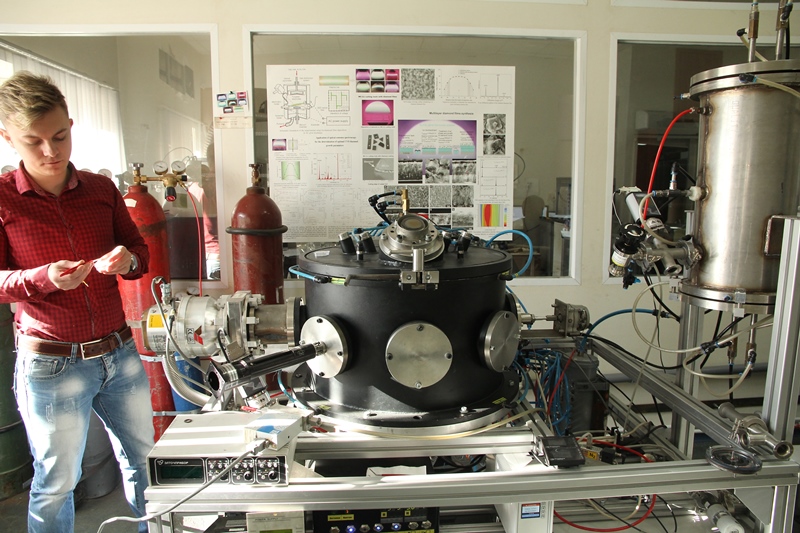 Photo: The synthetic diamond facility in the Laboratory of Pulse-Beam, Electric Discharge and Plasma Technologies

TPU research team is taking part in the LHC upgrade. TPU scientists are involved in the Beam Radiation Instrumentation and Luminosity (BRIL, CMS collaboration): a project on measurement of the beam of elementary particles. In the project Vitaly Okhotnikov, an engineer of the Laboratory of Pulse-Beam, Electric Discharge and Plasma Technologies, oversees the work on enhancing the reliability of Beam Condition Monitor Leakage (BCML), which is intended for automatic shutdown of LHC detectors in case of malfunctions. For example, in case of excessive luminosity and radiation. Such malfunctions are registered by diamond detectors. In this regard, it is extremely important to ensure their sufficient performance.

However, the scientists note, detectors at LHC often behave unpredictably, it is not always possible to understand the reason for the difference in their performance.

Why, for example, one of two detectors created under the same conditions and with similar initial characteristics, the one quickly fails and the other continues working under the same conditions for many months. The task of TPU scientists is to determine what changes occur inside such detectors during the collider operation, in order to make them more resistant and predictable under high energy conditions of the amplified beam of LHC. As previously reported, by 2020 CERN plans to increase proton beam power of the collider by ten times.

For this purpose, one of the diamond samples that is part of the LHC detectors has been recently brought to TPU for testing.

‘Our team under the leadership of the professor of the Department of Experimental Physics Gennady Remnev has extensive expertise in diamond studying and growing, analysis and evaluation of their internal changes,’ tells Vitaly Okhotnikov. ‘We need a standard to carry out this analysis. We received a standard sample that will help us to understand what is happening inside such crystals and how they can be improved.’ 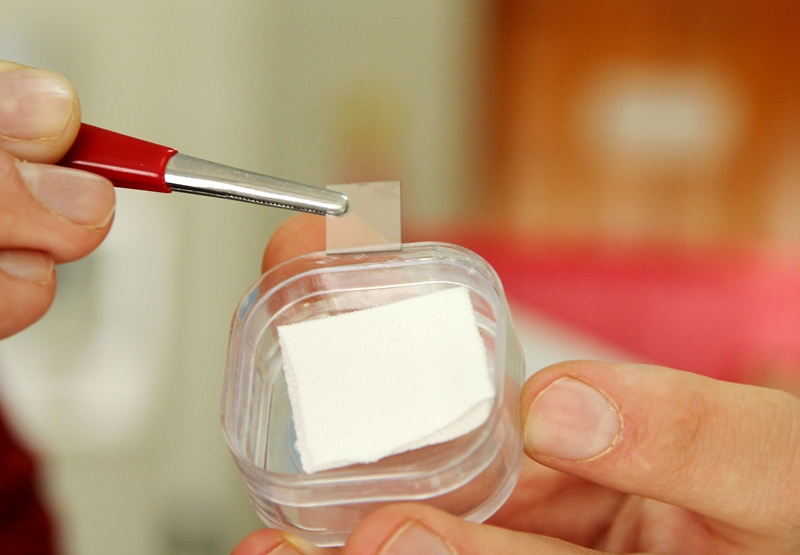 Photo: a diamond sample for one of the LHC detectors

Currently, TPU scientists investigate the properties of the received diamond and test various physical processes on it.

The first observations have already shown that probably CERN diamond detectors behave differently under similar conditions due to metallization (when a thin layer of metal is applied to the diamond).

The scientists suggested synthesizing diamond layers on the non-conductive body of the detector with doped boron.

‘In fact, we grow another boron doped diamond on the initial diamond.

Diamond coatings are well attached with each other, the adhesion of their surfaces is close to ideal. This eliminates the risk of defects between them. It enhances the likelihood that during their operation it will be easier to foresee the behavior of the detector,’ summarizes Vitaly Okhotnikov. ‘After a detailed survey of the sample we will cover it with such diamond coating and in January 2018 we will install the detector based on this diamond at the collider in the special research zone. There it will work for a year. In January 2019, we will take it and study the changes occurred in it and in detectors with common metallization. If the experimental results are positive, it will allow us to upgrade other CERN diamond detectors.’

TPU scientists face another objective, i.e. to develop individual scientific and engineering basis for growing advanced diamond detectors, which are more resistant to higher capacities, which CERN plans to adopt.