The delegation of Tomsk Polytechnic University headed by Rector Petr Chubik visited the European Center for Nuclear Research (CERN). TPU representatives met the leadership of the world’s largest laboratory for high-energy physics and discussed key issues of the cooperation in the domain of engineering, physics and education. In addition, the first parts of a rail system of the track detector at LHCb, one of the four main detectors of the Large Hadron Collider, was supplied. The detector will be upgraded with the TPU development. 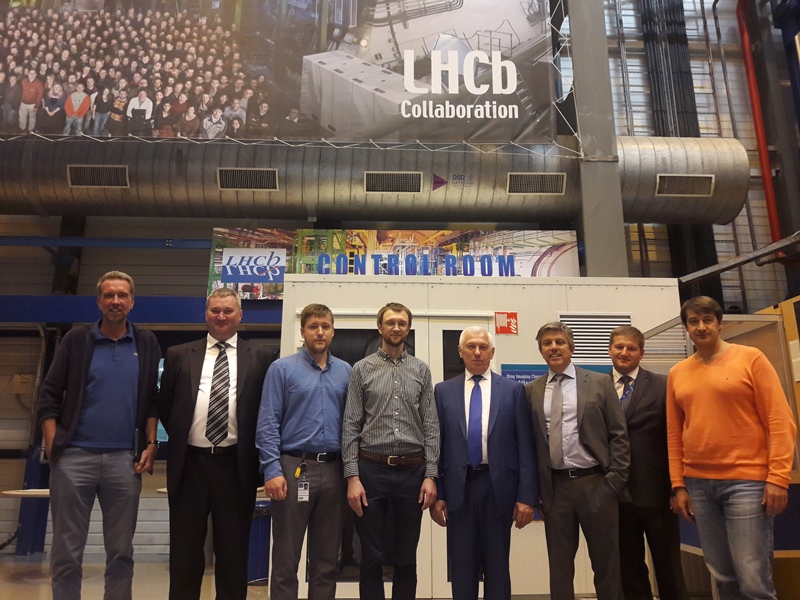 Photo: TPU representatives (members of LHCb collaboration and its management)

The LHCb experiment is designed to answer one of the most intriguing questions of modern high-energy physics, i.e. which processes that followed the Big Bang allowed the matter to survive as we see it today and why over the evolution of the universe antimatter had disappeared. Over the next two years the LHCb detectors will be upgraded: their accuracy and resistance to high loads will be increased due to the Large Hadron Collider increased capacity.

TPU scientists take part in the upgrade of one of the LHCb components - SciFi Tracker. SciFi Tracker, in turn, consists of 24 individual subdetectors that need to be moved during the experiments. They should be located in a certain place and position with micron accuracy in order to correctly identify collisions of particles and antiparticles. For this purpose TPU research team designed an overhead rail system, rails and carriages with which the detectors will move along the installation. 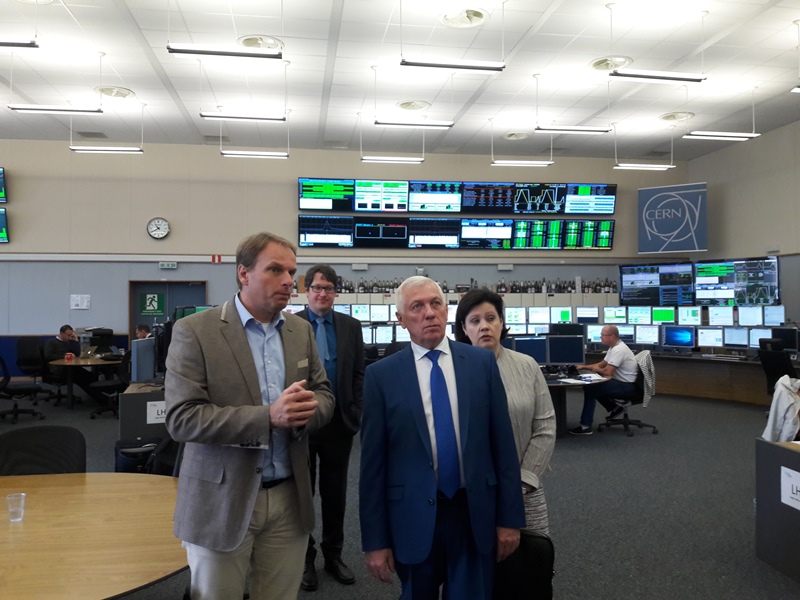 TPU representatives brought the first parts (upper and lower carriages) of the rail system of the track detector to CERN. TPU had designed and manufactured the first samples of carriages using their own engineering and technological solutions. Now, scientists at CERN are building a dedicated stand to test all engineering solutions of the new track detector. Preliminary testing of all structural components is required to ensure smooth operation of expensive detectors, to master and regulate all procedures for calibration, adjustment and maintenance of the detectors. Member of TPU research team came to CERN to take part in testing.

TPU delegation consisted of the Rector Petr Chubik, Vice Rector for External Affairs Liliya Kiriyanova and Vice-Rector for Research and Innovation Sergei Baidali. TPU rector met CERN Director for Research and Computing Prof. Eckhard Elsen, Senior Advisor for Relations with the Russian Federation Prof. Cristoph Schäfer, Director for International Affairs Charlotte Warakaulle and Prof. Emmanuelle Tsesmelis, Head for Associate Member and Non-Members State Relation of CERN. The parties discussed the first outcomes of TPU cooperation with CERN collaborations and further activities on the engagement of students and PhD students in high-energy physics domain. The parties also shared their vision on the key areas of Russian universities’ participation in the development of basic and applied research at the unique infrastructure of the European Center for Nuclear Research.

‘Engineering in its modern concept is the main direction uniting tens of thousands researchers and engineers from around the world at CERN. Due to this and a number of other reasons Tomsk Polytechnic University should actively participate in CERN international collaborations, extending its engineering competencies and developing new directions in scientific and educational activities relevant to global scientific community and, most importantly, expand network interaction in research and education with world’s leading centers,’ 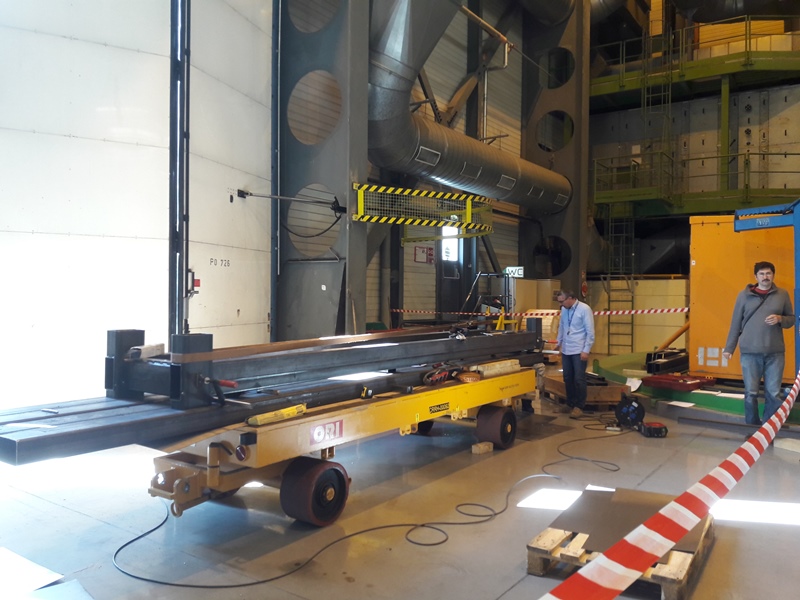 Photo: Building of a stand to test components of the track detector positioning system

In his turn, CERN Senior Advisor for Relation with the Russian Federation Dr. Cristoph Schafer emphasized that ‘First of all, CERN is an engineering laboratory, therefore the cooperation of the Center with Tomsk Polytechnic University is especially important.’

TPU delegation also visited two of the four largest international experiments of the Large Hadron Collider – CMS and LHCb. TPU contributes to the work of the collaborations by the research devoted to diamond detectors under high irradiation loads and the optimization of methods for measuring luminosity in proton-proton collisions (Van der Meier method).