Scientists of Tomsk Polytechnic University and their colleagues from Royal Holloway (UK), Cornell University (USA) and the European Organization for Nuclear Research (CERN, Switzerland) are developing up-to-date methods for proton beam manipulation and diagnostics of the Large Hadron Collider. Among them, there are beam position, length and arrival time monitors and a device for prevention of beam degradation. The works are carried out under the order of CERN. 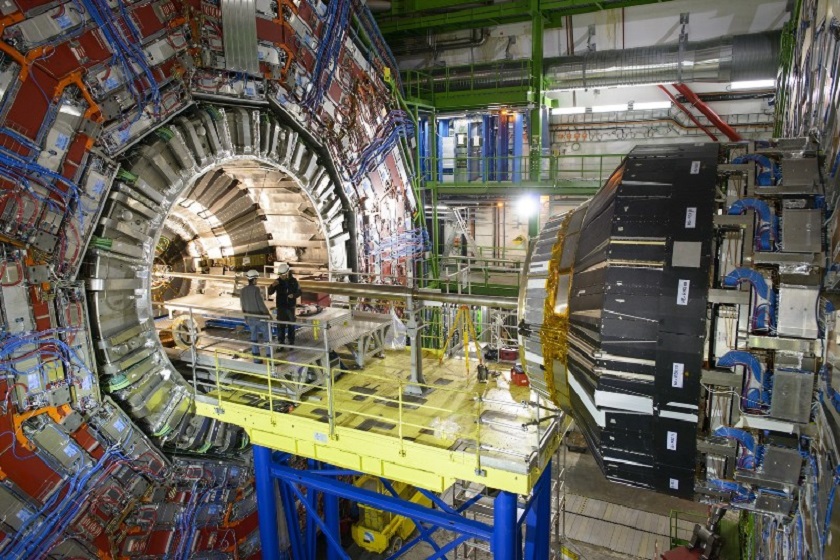 “By 2020, CERN plans to modernize its largest accelerator— the Large Hadron Collider. They are going to increase the luminosity of proton beams by a decade.

CERN is currently preparing for this modernization by developing new technologies, creating prototypes of devices that can operate under high radiation load. ‘We joined one of such projects,’  says Pavel Karataev, Professor of Royal Holloway (UK), Head of Electromagnetic Radiation Laboratory, RASA Center at TPU and one of the supervisors of TPU research group at CERN. ‘One of the main concerns about the operation of the collider is gradual degradation of the proton beam. There are many reasons for this: residual gas, “electron clouds”, interaction of proton beams. Currently there is no mechanism for quick beam parameter recovery. Now synchrotron radiation is used for this purpose, but the whole process takes a very long time - about 25 hours.’

This radiation was discovered by Russian scientist, Nobel Prize winner of 1958 Pavel Cherenkov.

TPU team together with their foreign colleagues suggest installing a radiator near the collider beam, which, thanks to the Cherenkov mechanism, will “take” some of the beam energy, thereby cooling it. The radiator itself will be a large diamond-coated dielectric (about 20 meters long according to preliminary estimates). According to Pavel Karataev, the advantage of such cooling is that it is a noninvasive method: it does not require contact with a proton beam, and therefore does not lead to degradation of its properties. Scientists will prove this statement in the course of the works.

According to TPU experts, such cooling will take about four hours.

‘Now our main task is to create a working theoretical model that could predict radiation characteristics, estimate losses and their impact on the proton beam. On the basis of this model, we will create radiators and then test them experimentally,’ Pavel Karataev explains.

In the coming years, scientists will test radiators on several accelerators — Microtron at TPU, CesrTA at Cornell University, CLEAR at CERN,  CLARA  at Daresbury Laboratory and the accelerator of the National Laboratory for High-Energy Physics (KEK, Japan).

To accomplish these works, CERN allocated CHF 55 000 to Tomsk Polytechnic University. The financial agreement between CERN and TPU was signed in February 2017.