A unique geoinformation system for accurate prediction of wild fires arising from thunderstorms is developed at Tomsk Polytechnic University (TPU) which already attracted the interest of researchers from Japan, Spain and Taiwan. 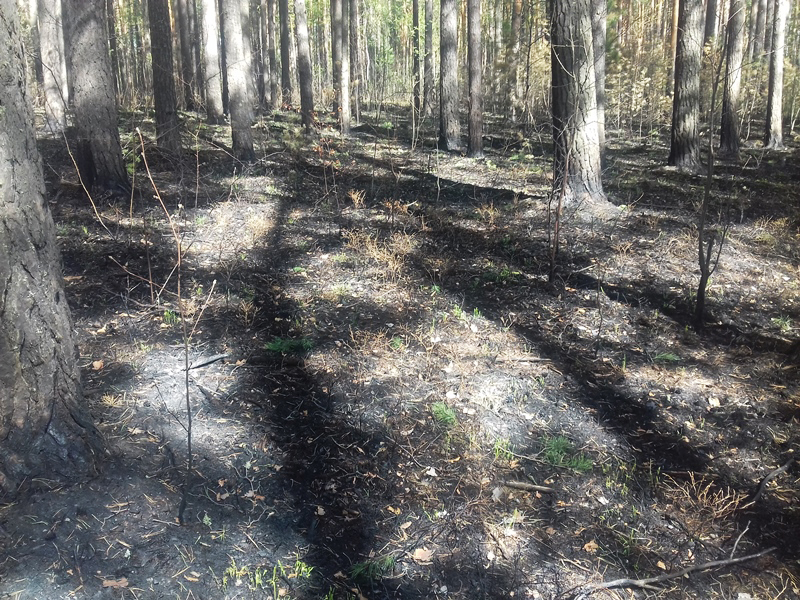 Photo: Consequences of a grassland fire in a coniferous forest. Timiryasevskoe Forestry, May 2017. Credit: Nikolay Baranovsky

According to project supervisor Ass. Prof. Nikolay Baranovsky from the Department of Theoretical and Industrial Heat Engineering, there are no efficient technologies for monitoring and prediction of fires resulting from thunderstorms neither in Russia nor abroad and in the majority of cases experts rely purely on statistics. In turn, scientists from Tomsk Polytechnic University propose that the prediction model includes data on tree species prevailing in a particular region and frequency of thunderstorms, meteorological conditions, chemistry and physics of wood ignition within the region.

‘Last year we were awarded a three-year grant from the Russian Foundation for Basic Research. We have already developed a series of mathematical models that make it possible to predict fires due to lightning strikes hitting trees. We also developed a software to simulate the very process of ignition of trees taking into account how hot wooden particles fly through dry forest litter and how dry vegetation ignites,’ says Nikolay Baranovsky.

The developed models and software will be part of a large geoinformation system which may be used, for example, by specialists of the Aerial Forest Protection Service and forestry staff. The system will map areas where fires are most likely to occur due thunderstorm. For their study the scientists use data of the Timiryasevskoe Forestry located in Tomsk Region, Russia.

‘To predict wild fires statistical data is not enough. At sudden changes of weather such models are not sufficient. Moreover, wild fires resulting from lightning strike have their peculiar features.

Often, fire does not occur immediately after the lightning strike, heated chips fall onto dry grass or needles and smoulder begins and in some time it can develop into a real fire. Our model takes into account this feature too, meantime, existing systems alert when the fire has already happened,’ clarifies the project supervisor.The scientists use data on thunderstorm activity from WWLLN (World-Wide Lightning Localization Network), provided by colleagues from Gorno-Altaisk State University. In addition, TPU scientists were offered to establish a WWLLN station at the University.  If the station is established, Tomsk will be another point in Russia to receive data for WWLLN. Currently, there are seven stations in the country. This will allow scientists to monitor lightning activity in the region with higher accuracy.

‘In collaboration with our partners from Ukraine, who are developing an online system for risk evaluation of wild fires, we have already conducted tests on the application of probabilistic criteria.

Right now, we can say that the system can be applied both in Russia and abroad. Researchers from Japan, Spain and Taiwan have already shown interest in our development and are willing to implement joint projects,’