Scientists of Tomsk Polytechnic University participate in the upgrade of one of the four main detectors within the Large Hadron Collider beauty experiment at the European Center of Nuclear Research (CERN). Last week the University hosted the delegation of LHCb collaboration. During the visit the LHCb group got familiar with the Rail System for LHCb tracker developed at TPU and discussed plans for future cooperation. 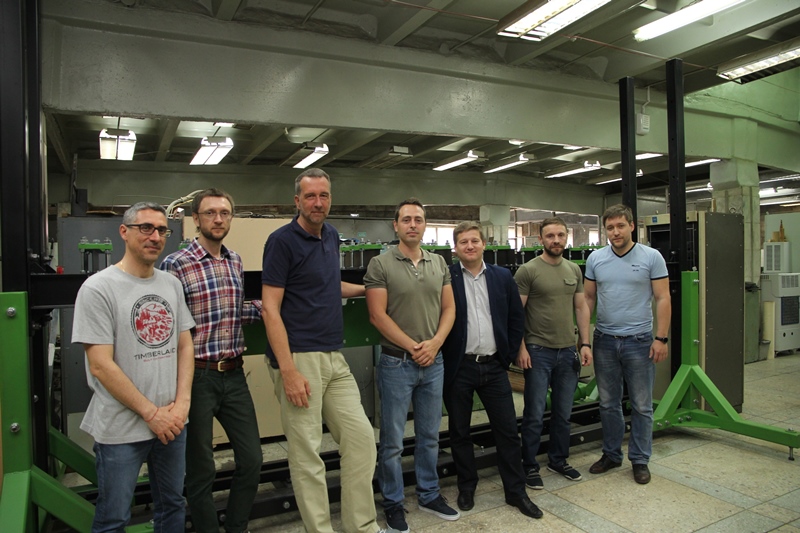 According to the LHCb group, in the next two years the Large Hadron Collider will increase its capacity and the collaboration is going to upgrade all detectors thus improving its accuracy and resistance to higher loads.

TPU scientists are taking part in the upgrade of one of the LHCb components – SciFi Tracker.

SciFi Tracker, in turn, consists of 24 individual subdetectors. Each one is a thin film of 5 x 6 m. A multitude of optical fiber threads with the thickness of human hair is attached to it. When particles pass through the detectors, they start to glow, and scientists are able to determine the trajectory of particle motion according to luminosity. Despite being relatively thick the detectors have a big weight and thus require some support. Heavy detectors need to be moved along such supports as well. They should be placed in a certain location and position with micron accuracy in order to correctly identify collisions of particles and antiparticles. 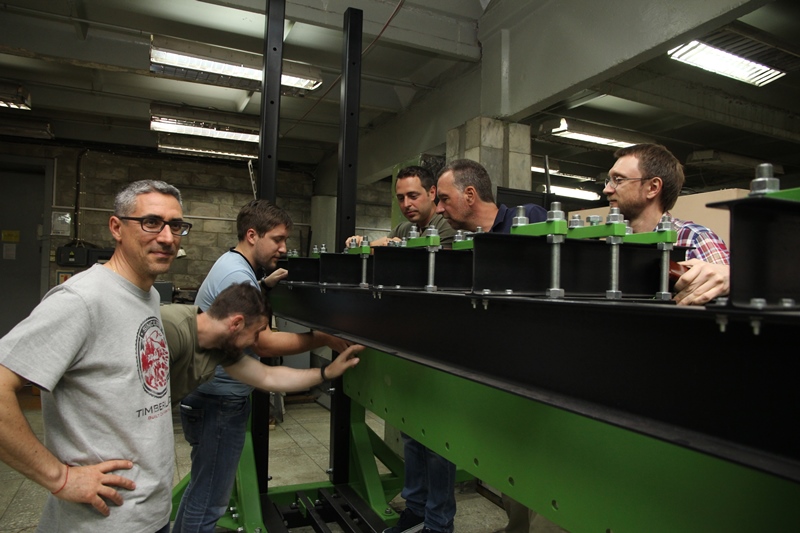 ‘For this purpose, our research team developed a suspension system, rails and carriages, through which the detectors will move along the setup. We designed and assembled an experimental installation to test such movements in close-to-real conditions,’

told Alexander Vagner, supervisor of TPU research team participating in LHCb and head of the Department of Applied Physics.

During the visit, the LHCb delegation got familiar with the experimental installation developed at the University.

‘The detector we create must be well-considered and properly integrated. Quite often such works are neglected. Engineering tasks are critical for the experiment. That is why we are extremely happy to collaborate with TPU. We started our partnership with TPU more than a year ago even before the University joined the LHCb experiment. We really appreciate the enthusiasm of TPU scientists. We made significant changes to the design of the detector and TPU partners changed the design and characteristics of their engineering product. I believe this is a sound cooperation and we will continue our joint studies,’

said Rolf Lindner, a technical director and a member of the LHCb management at CERN.

TPU scientists noted that this year of cooperation made it possible to develop 12 different prototypes of the Rail System.

‘The main difficulty was that the structure is located close to a large magnet. If the structure is made of iron, the magnet will attract it. This will cause errors in the readings of the detectors and further calculations. To avoid this, we need to use stainless steel. The second challenge is small dimensions. Since the detector became bigger, we need to change upper and lower elements of the structure. It was decided to develop bigger rails. Now we continue to improve the design of the rail system,’ clarified Gennady Panshin, a member of TPU team at LHCb and the lead programmer of the Department of Automation and Computer Systems.