A research team from Tomsk Polytechnic University is participating in the upgrade of the Large Hadron Collider (LHC) at the European Center for Nuclear Research (CERN). TPU scientists were set the task to analyze the operating detectors and to develop more reliable next generation diamond detectors. Such detectors will record collision of elementary particles accelerating to velocities close to light speed. The collisions occur every 28 nanoseconds. 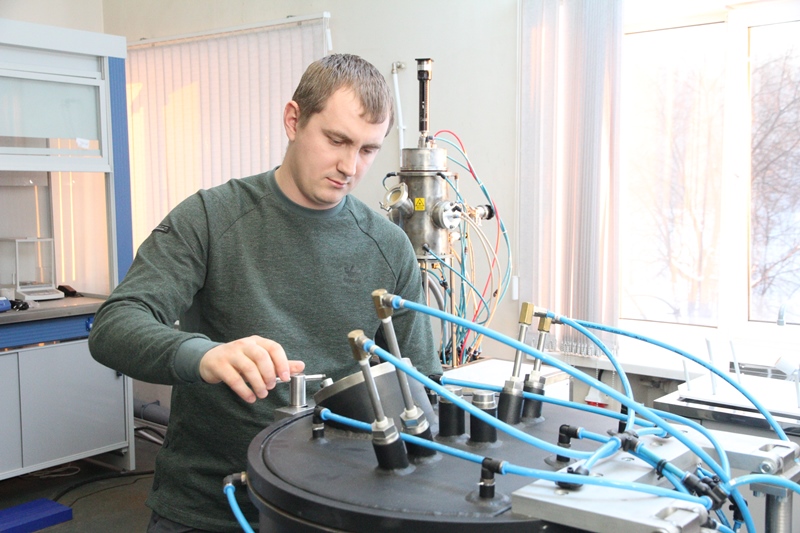 ‘Energies that arise during the experiments at the Large Hadron Collider are the highest in the world. The conditions of the experiments are also unusual – the collisions of particles occur every 28 nanoseconds.

Accordingly, we need reliable and the most accurate detectors which provide fast responses to these collisions and are able to restore quickly, ’

In CERN the research team is part of BRIL project (Beam Radiation Instrumentation and Luminosity) of the CMS experiment, which is responsible for measuring luminosity, machine induced background (MIB) and beam timing.

In the framework of BRIL the scientists improve the reliability of the existing system of BCML (Beam Condition Monitor Leakage) diamond sensors that ensure safety at LHC and test own detectors from synthetic diamonds produced by scientists of the TPU Institute of High Technology Physics.

According to Pavel Karataev, in the short run, in order to continue experiments at the Large Hadron Collider scientists are going to enhance the intensity of proton beam by a factor of 10. If to do it right now, sensors not able to withstand such loads that record particle collisions and measure luminosity of the beam in a close proximity to it, will stop functioning. 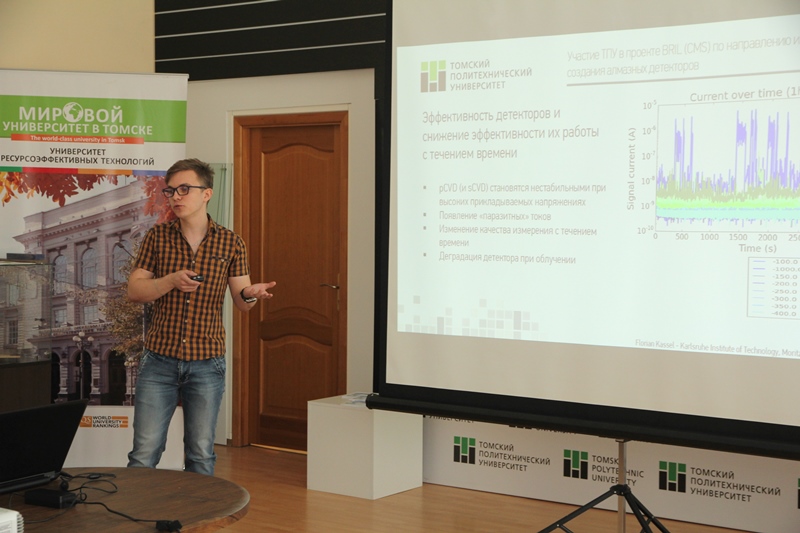 For this purpose TPU scientists have already measured all detectors that currently operate at CERN.

‘Now we are irradiating them with particles. We will irradiate the detectors two months at different loads of applied voltage and radiation to determine an individual operating voltage for each detector, predict the wear rate, an average service life at certain capacities and other parameters,’ clarifies Vitaly Okhotnikov, a research engineer of the Lab 1 who supervises BCML project at CERN.

We also set an objective to develop detectors based on synthetic diamonds and produce them at TPU. They will feature more predictable wear resistance and, most importantly, their operating parameters will be predictable too.’

In addition, TPU scientists take part in the upgrade of the safety system of BCML CERN. The system automatically turns off LHC accelerators when sensors record the excessive level of luminosity and radiation. After its upgrade, it will be easier to replace inappropriate sensors thus being less exposed to emitting radiation.