Gold nanoparticles serve as catalysts for obtaining valuable chemical products based on glycerol. Scientists from Tomsk Polytechnic University and their international colleagues are developing gold catalysts to recycle one of the main byproducts of biofuel production. The obtained products are in high demand in medicine, agriculture, cosmetic industry and other sectors. 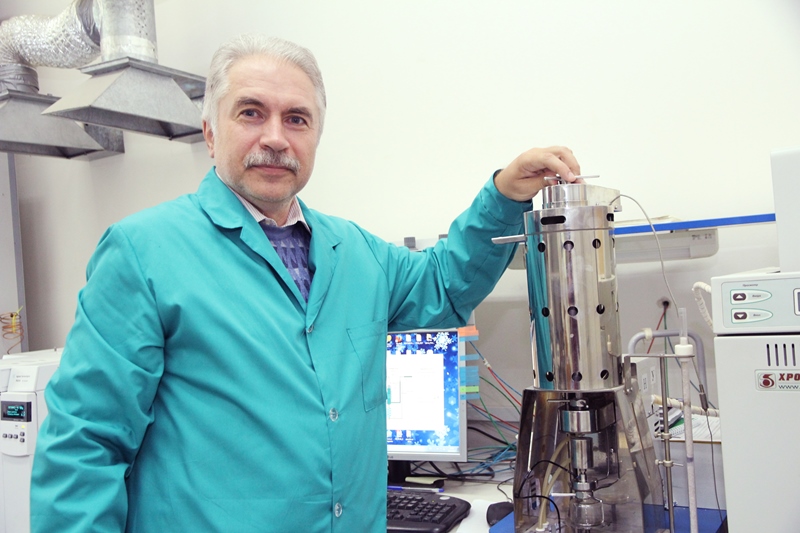 The research outcomes have been published in Current Organic Synthesis this May.

‘Today the production of biofuels is an important area in many countries. They can be obtained from a great variety of biomasses. In Latin America it is orange and tangerine peel as well as banana skin. In USA biofuels are produced from corn, in the central part of Russia and Europe – from rape (Brassica napus). When processing these plants into biofuels a large amount of glycerol is formed. Its esters constitute the basis of oils and fats. Glycerol is widely used in cosmetic industry as an individual product. However, much more glycerol is obtained in the production of biofuels – many thousands of tons a year. As a result, unused glycerol merely becomes waste,’ describes the problem Alexey Pestryakov, the Head of the Department of Physical and Analytical Chemistry. ‘Now, a lot of research groups are engaged in this issue as to how to transform excess glycerol into other useful products. Along with our foreign colleagues we offered catalysts based on gold nanoparticles.’

The authors of the research note that catalytic oxidation on gold is one of the most effective techniques to obtain from glycerol such useful products as aldehydes, esters, carboxylic acids and other substances.

‘All these substances are products of fine organic chemistry and are in demand in a wide range of industries, first of all, in the pharmaceutical and cosmetic industries. In agriculture they are applied as part of different feed additives, veterinary drugs, fertilizers, plant treatment products, etc.

Thus, unused glycerol after being processed will further be applied,’ sums up Alexey Pestryakov.

Gold catalysts are super active. They can enter into chemical reactions with other substances at room temperature (other catalysts need to be heated), in some case even under zero. However, gold can be a catalyst only at the nanolevel.

‘If you take a piece of gold, even very tiny, there will be no chemical reaction. In order to make gold become chemically active, the size of its particle should be less than two nanometers. Only then it gets its amazing properties,’ explains the scientist.

As a catalyst gold was discovered not so long ago, in the early 1990s, by Japanese chemists.

To date, TPU scientists and their colleagues are not the only ones who develop such catalysts.

Unlike their counterparts the gold catalysts developed at TPU are more stable (they retain their activity longer).

‘A great challenge in this area is that gold catalysts are very rapidly deactivated, not only during work, but even during storage. Our objective is to ensure their longer shelf life. It is also important to use oxygen as an oxidizer, since toxic and corrosive peroxide compounds are often used for such purposes,’ says Alexey Petryakov.