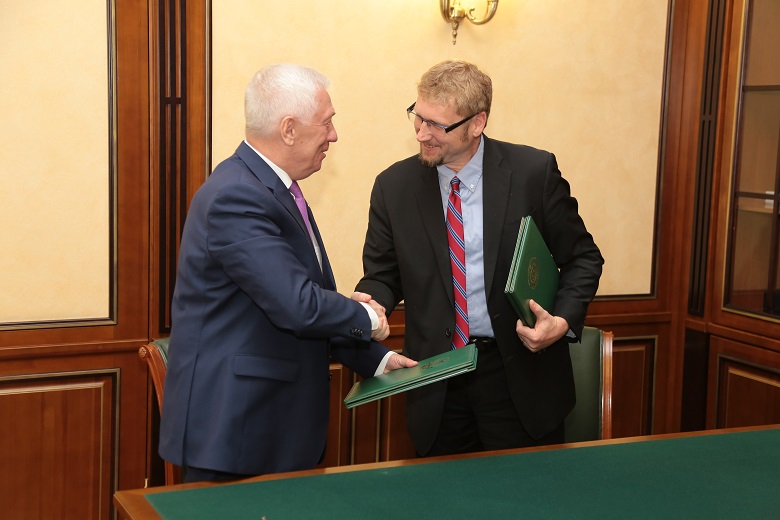 ‘The University of Burgundy - Franche-Comté is one of the largest universities in France. It is similar to us through participation in a program like the 5-100 Project in which 20 French universities take part. It is similar to Tomsk Consortium in that it unites six research centers each of which is legally independent. We are very interested in such experience. We have long-standing cooperation with TPU and today we have expanded it. It is well known that France has high-end engineering schools. We have already outlined a series of joint projects.

We are planning to launch at least one DD master program, maintain joint participation in European programs and in projects aimed at receiving megagrants for scientific research,’

‘We have chosen Tomsk Polytechnic University as it has a long-term history of engineering education.

We believe that TPU is the Russia’ best university which educate highly qualified engineers,’

The University of Burgundy - Franche-Comté brings together the following institutions: