A research team of the TPU Department of Geoecology and Geochemistry is elaborating a biological method using fruit flies for assessing the hazard of waste at oilfields. Currently, scientists conduct experiments with drilling waste samples collected in Tomsk and Tyumen regions. 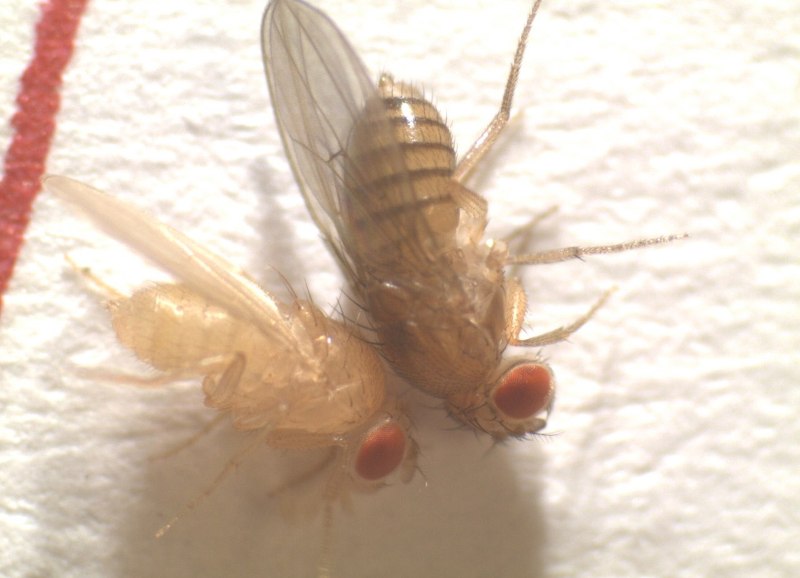 Photo: a comparison of a mutated fly (white color) and a fly without mutations.

“Special drilling solutions resulting in chemical products are used at the drilling process.

Each company is using its own solutions the composition of which is not disclosed. Therefore, it is impossible to say in advance whether these substances are toxic or not,”

says a PhD student of the Department of Geoecology and Geochemistry Alexandra Mishunina.

A different class of danger is assigned to all wastes. The fifth class is not dangerous therefore such waste requires an obligatory biotesting on daphnia and infusoria, using a certified state standard. The head of the Department of Geoecology and Geochemistry Egor Yasikov claims that the research conducted by TPU scientists showed that a more sensitive biotesting method for mining waste is based on fruit flies.

“We investigate a general environmental impact of sludge, as well as their possible impact on living organisms. In the laboratory we conduct experiments on relatively simple forms of organisms: varying from bacteria and algae to fruit flies.

Having discovered the impact of waste on small organisms, we can predict an impact on large animals and even on humans,”

According to Egor Yasikov, in the course of the experiment ‘clean lines’ of fruit flies (initially without a mutation) are placed in vials containing the agar-agar nutrient mixture with the addition of sludge samples from different oilfields. Agar-agar is a food for Drosophila, they eat it during 10 days and give offspring. At present scientists study this new generation of flies. 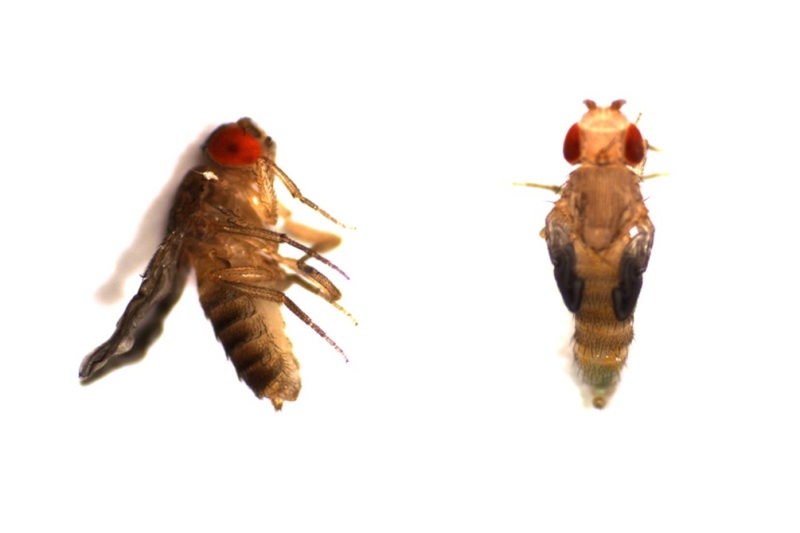 “Studying algae, we found a large percentage of mutations, less in flies as we register only visible mutations. Thus, among laboratory mutated flies were albino, with twisted or underdeveloped wings, with a curved hairline. However, to date we cannot predict for sure the hazardous impact of sludge: a lot of tests should be conducted additionally,” adds Alexandra Mishunina.